What Is A GOOD Business To Start? And What Isn't?

If you are looking to start a new business, you're in just the right place. Because today we are talking about what is a good business to start, and what isn't.

On paper, pretty much every business, trade or profession has uber-successful people. People with really motivational success stories. Stories of perseverance, passion and productivity.

Take for instance, the music business. Taylor Swift was worth over $200 Million, the last time I checked. She's young, attractive and talented... and makes pop music. Many-a-musician would agree they compose better music than her, with more melodious notes and deeper lyrics.

And yet, there is only one Taylor Swift.

Of course, there are other musicians too. Very successful bands, singers, composers, lyricists and so on. Many people have become successful enough in the music business, if not super-prosperous and famous like Swift.

But for every success story you hear, there are dozens of musicians performing at train stations hoping to get noticed. For every Justin Bieber who shot to fame through the internet, there are thousands of musicians vying for every last view on their Youtube channels. 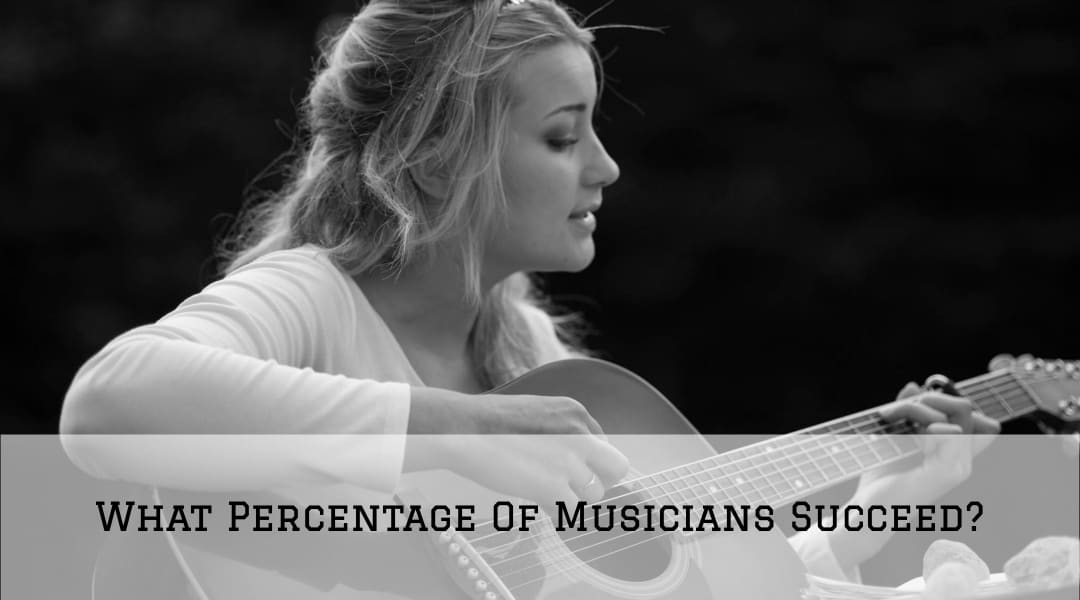 So what is a good business to start, and is a music-related business a good one?

The answer to that question lies exclusively and simply in answering another question...

What percentage of people become successful at it after a certain period of time?

I mean, sure, none of them is worth $200 Million. Maybe one or two even came close to being that wealthy. But practically all of them are millionaires.

You are statistically far more likely to become a millionaire running a dry-cleaning business than trying to make it big as a playback singer.

Go on, check the stats yourself.

Why Are Doctors Accorded So Much Status & Significance in Our Society?

Or in any society, really.

Well, to become a doctor, one has to study the human anatomy for several years. One needs to engage in highly focused analysis of a lot of what is known about the human mind and body.

So that's one aspect.

But there are many more.

Doctors have the ability to save lives. That's universally valuable. Rather intrinsically.

Doctors work with their hands, and have enormous control over their nerves. You can't be a good doctor if your hands shake or tremble... even under enormous pressure and stress.

But most importantly, it's supply and demand. 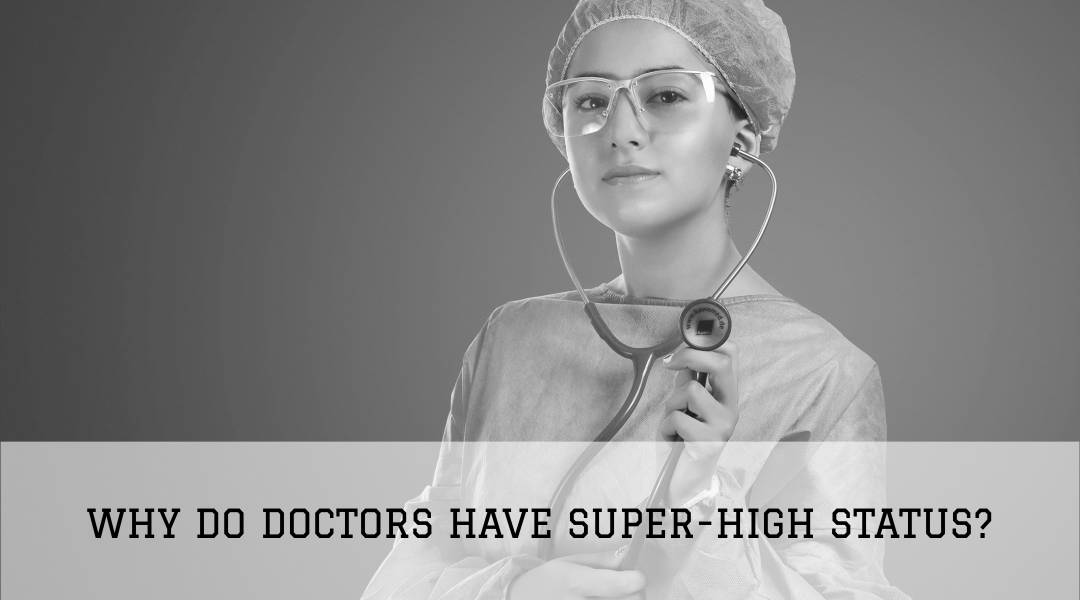 The global population is exploding right now. And the need for doctors grows proportionally. Which is why, at least for the foreseeable future, doctors will always continue to have a high status in the society.

It is on account of this demand that doctors are almost always relatively wealthy.

Becoming a doctor is good business.

What is a Good Business to Start?
Focus On The Supply & Demand! 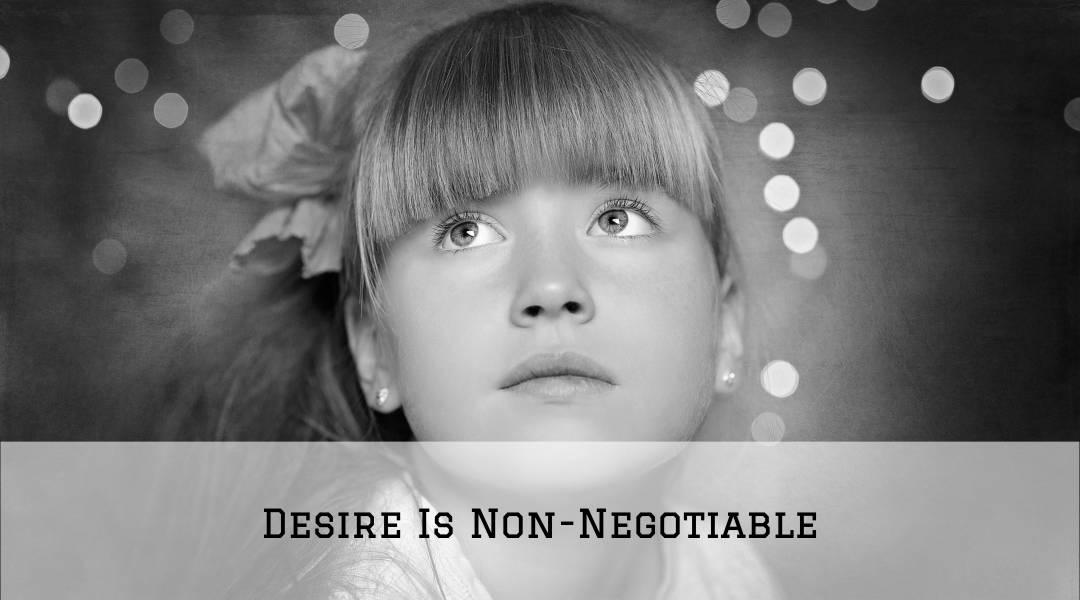 Demand is non-negotiable. You can never sell something that there isn't already desire for. No matter how much someone ought to buy a product, they're not going to buy on the account that they ought to. They'll only buy what they need or desire.

People will always need clean clothes. And people will always want to avoid work. Put these two intricacies of human behavior together, and you'll see why dry-cleaning is a good business to be in.

The world's a risky place. Roads are still incredibly risky. People get injured. People get sick. Which is why medical business will continue to flourish.

Am I saying that opening a restaurant, or studying to become a doctor, or starting a dry-cleaning business is a sure-shot ticket to becoming a millionaire?

What I am saying is this... You have a much better shot at succeeding as a restaurant owner, doctor, or dry-cleaning business owner to become a millionaire than you have as a musician.

What is a good business to start? How about an online home-based business?

Many people are seduced by the idea of not having to deal with people, and being able to hide behind a computer screen... Working from your bedroom in your underwear.

A home-based online business fits the bill perfectly. Add to it the fact that people often (mistakenly) believe that the startup costs are low, and you'll comprehend why thousands of people try to become online entrepreneurs.

Every few days, there is a news story about some 18 year old kid who struck the online gold by selling an app, or creating a website to sell other companies' products as an affiliate.

It seems so achievable. So doable. So closely within your grasp.

But here's what no one's talking about.

For every one of those kids that sold an app for $5 Million or whatever, there are 3,000,000 apps on the Google Play store as of June 2017, the vast majority of which are struggling for one single download by anyone other than the app creators' grandmothers. 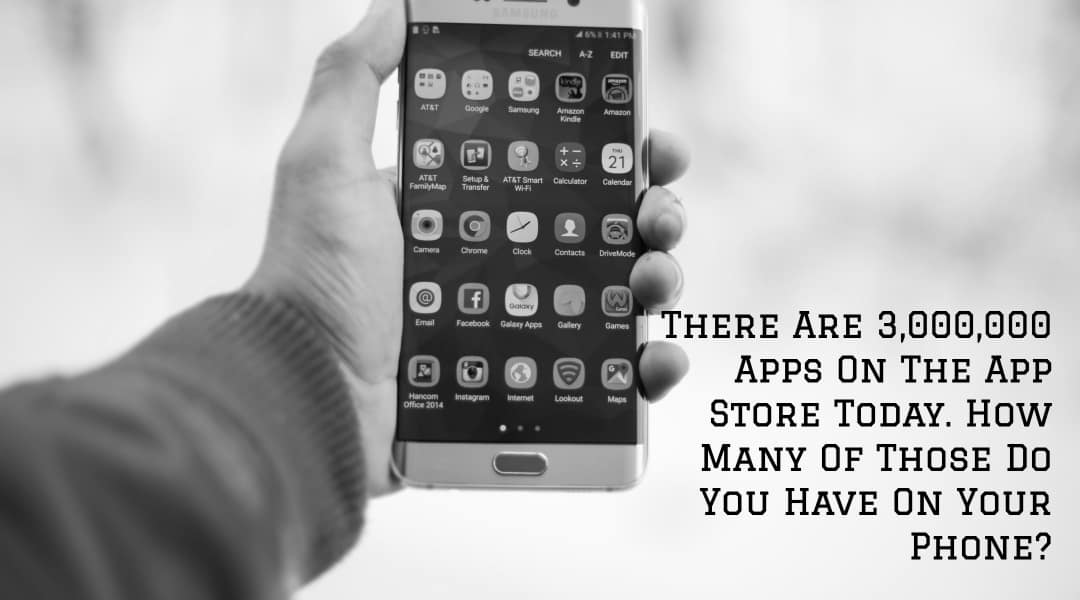 You can look at that one app that's now ranked #50, that seemingly came out of nowhere and then the creator became a multi-millionaire.

What is a good business to start?

It's simple to answer this question. For starters, it's NOT the one where only 0.1% of the people succeed.

For every app-creator who became a millionaire, there are dozens who made barely enough to pay their bills, and thousands, or tens of thousands who barely made any money at all.

I barely know a handful millionaire online marketers. Each and every one of them is exceptionally hard-working and somehow gifted.

I know one successful musician, and she's far from being a millionaire. Even though she comes up with some amazing sound-tracks from time to time. She works really hard, and until the last year, she had a side job as a designer in a small design firm to help pay her bills.

Two of my oldest clients were musicians. They were classical musicians who worked really hard and practiced for at least 12 hours each day. They've been training since they were six years old. If I were to venture a guess, they still train just as hard. I own't lie... they are exceptionally skilled. And yet, the last I spoke to them, their father was still supporting them financially.

I know hundreds of millionaires running boring businesses, though.

Here's Where Shark Tank Has Got It All Wrong...

If you go to shark tank as a participant, and you have a business based on an idea... the investors will likely judge on the originality of your idea, among other things.

Questions like "Do you have a patent?" are thrown around all the time. I wouldn't blame you for believing that having a unique idea is paramount to being unquestionably successful.

But what you probably don't realize is this...

The investors on the shark tank don't care about making successful bets all the time. They'd rather lose money on 4 out of 5 of their investments and strike it real big on the fifth one.

Say you're an investor with a million dollars to invest. A venture capitalist or angel investor of sorts. You know your risk is super high because your investment isn't backed by any collateral other than equity that might be worth less than nothing.

Would you invest all your money in just one business? Or would you invest roughly $50,000 in 20 different businesses, hoping that the two or three that succeed cover your losses on the other seventeen?

The shark tank investors, the venture capitalists and the angel investors are all hoping for the big wins that more than compensate for multitudes of several small losses.

Everyone talks about Tesla and the innovative things Elon Musk does.

And one can be forgiven to try and emulate his path.

But do you realize that for every Elon Musk there are hundreds of innovators who are now either struggling to pay the bills, or worse, jobless and homeless?

You Are Not An Investor If You Are An Entrepreneur

An investor diversifies risk. An entrepreneur throws everything he's got at making a go of it.

An investor doesn't care too much if he suffers losses so long as he has his big wins elsewhere. But you, as an entrepreneur, are not just throwing money at a business.

You are putting in everything you've got. Your time, your money, your energy, your passion, your creativity... everything. You're dedicating years of your life to your one business.

So I'd rather have you work on a business that's a thousand times more likely to succeed than one that isn't. Even if it means your profit potential is narrowed down, or slowed down for the time being.

How Am I Going To Strike It Super Big Then?

Start a boring business. Focus on making your boring business exciting. Focus on getting sales, and becoming profitable. Then test small innovative/creative ideas. Keep the ones that increase your profitability. Learn from other people's mistakes.

It'll take time. It'll take hard work. It'll take careful analysis and handling. It'll take prudent testing. But in a few years, you can be one of those humble-looking boring millionaires next door.

And once you are, that is when you strike for the big wins. As an angel investor, perhaps?

Is It This Simple?

Of course, there's a lot more to it.

You can't just start a restaurant and magically become a millionaire overnight. The process take time. It will take energy. Discipline and prudence. Imagination and innovation.

But eventually, you can succeed. And you'd have a much better chance of succeeding than as a musician.

A politically incorrect question: Would Miley Cyrus be just as famous and successful had she not been the daughter of Billy Ray Cyrus?

What Is A Good Business To Start?

A good business to start is one that has high odds of becoming successful, even if the success is relatively meagre or limited.

If you're ambitious enough, you can expand your boring business geographically, vertically (by getting into the various aspects of your supply chain) or horizontally (by also cross-selling related products or services).

But what you can't do is create demand out of thin air.

Take The First Step Towards Systemizing Your Business Today

Your information is secure. No strings attached. We don't share, sell or reveal your information to anybody, and we respond to any and all de-registration requests promptly.
Article written by Lakshay Behl
Lakshay Behl is the world's leading business systems architect. He engineers and deploys business systems that automatically operate, manage and grow companies. While he typically works with established companies in certain sectors, his strategies are universally applicable.

This site uses Akismet to reduce spam. Learn how your comment data is processed.